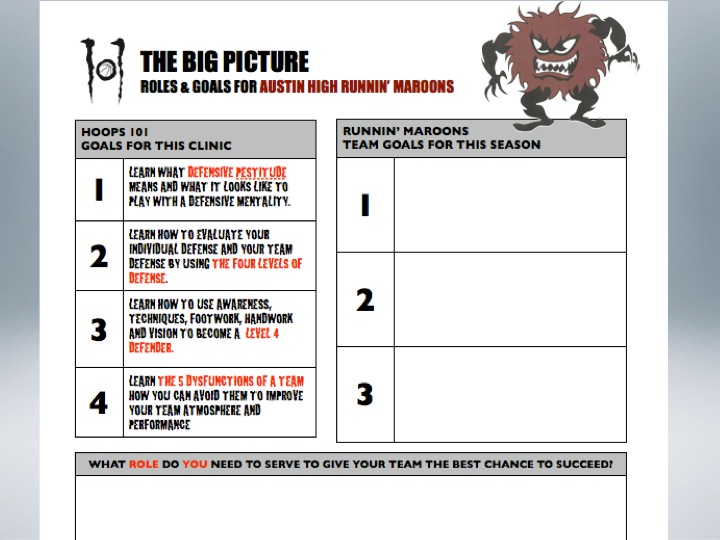 We covered the 4 Levels of Defense along with the Defensive Mentality Checklist.  Using a video edit of Fredie Williams, we illustrated the energy and the mentality that it takes to play in the bubble and change the game defensively.

We outlined the major points of pestitude for a defensive player while also using a Visual Discovery to learn about a Defensive Mentality looks like and feels like.
Here are some key terms and words that we used to describe the Defensive Mentality 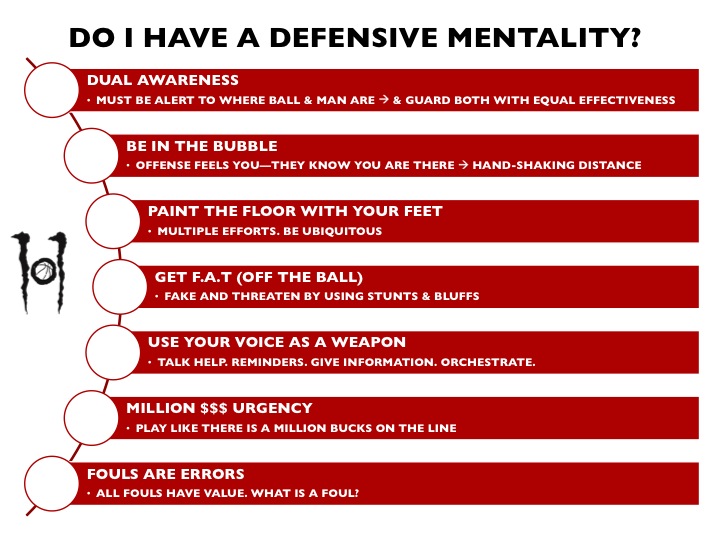 THE FOUR LEVELS OF DEFENSE

VISUAL:  The “Four Levels of Defense:

We shared the following outline to help players understand what it takes to be a Level 4 Defender.  This is a sheet you can use to evaluate what type of defender you are.  You can also use it to evaluate your team defense. 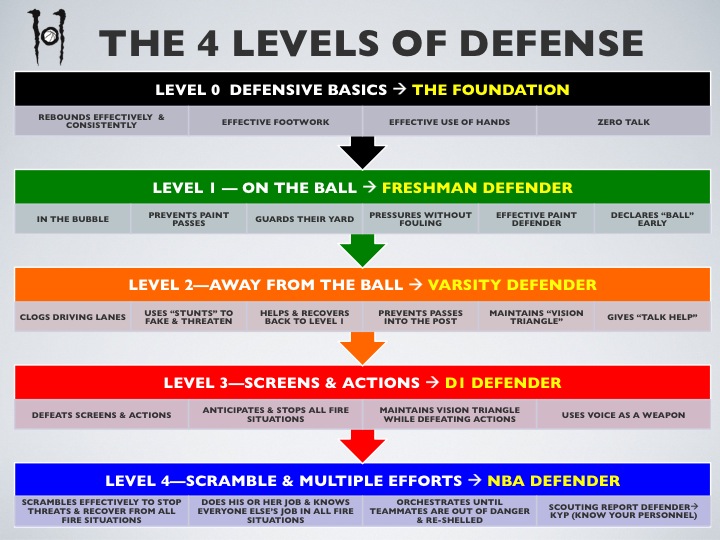 An edit featuring former Texas Longhorn Fredie Williams, one of the most tireless defenders who ever played at Texas.  Fredie was 5-10 and was able to play Division 1 College Basketball mostly due to his defensive abilities.

An edit featuring the 2009-2010 Austin High Runnin’ Maroons varsity team. Team defense is shown through the different levels of defense.